Birds, cameras and travel go together. It's science.

Bird watchers flock to Ecuador, my current home, for the high density of species 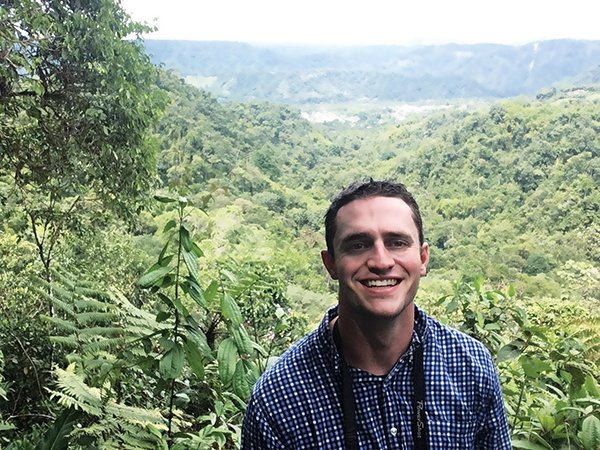 If you collect baseball cards, you want to get your hands on all of them. Birding (or bird-watching) is kind of like that. In my case, I want to get as many birds as possible on my “life list,” the full list of bird species that I have confirmed seeing. Just as with cards, it’s fun to search for the rare ones and make them part of your collection.

Personally, I believe birding to be much more important than collecting cards, because if you do it right, you are contributing to science! These days, you do that by entering your findings on citizen science platforms such as eBird. This website helps fellow birders find that one species they’re searching for and, with enough data, helps scientists study things like the effects of climate change on migratory patterns and population dynamics.

I love animals and have always wanted to be near them. Growing up in Bakersfield, California, I was that kid with a butterfly net catching all the creatures I could get my hands on. I caught toads in my backyard at night and kept several frogs as pets. At CLU, I enrolled in a herpetology course, and suddenly all those lizards and frogs had scientific names. I loved field trips where we would flip over rocks and logs to see what herps we could identify.

The same class helped me to get summer work and, later, a full-time job at a biological consulting company in Bakersfield, where I conducted surveys on an endangered species of lizard. My boss wanted us to identify vertebrate organisms at the same time if we could, so I started learning about the local birds. I realized I just loved identifying animals and would use any comprehensive field guide I could get my hands on, from mammals to butterflies. But birding became a passion.

More and more, I have gotten into photographing my birds, partly for the fun of it and partly for documenting sightings. One day in May 2016, I took the new camera I’d received as a Christmas gift to Malibu Creek State Park, where I came across birds including lazuli buntings. Then, out of nowhere, I saw a similar bird, but blue all over and with a different call. It was an indigo bunting on the West Coast, totally out of its usual range! The individual had probably taken the wrong migratory route to get where I could photograph it, which I did as evidence of the rare sighting.

That was my first eBird entry. Since then, I have learned that complete checklists of all species sighted during a birding session are more valuable to researchers. The data offer insight, for example, into patterns of spatial distribution. So now I log species even if they are common.

I’m happy to have learned such lessons in time for my move to Ecuador, a birder’s paradise. I arrived in Quito in August 2017 and committed to a yearlong position with Sun Mountain International, an organization that partners with nonprofits worldwide to promote environmental sustainability within their projects. So far, I have loved it. Birders flock here because Ecuador has the highest density of species worldwide – from the Amazon River to the cloud forests, from the páramo to the coast!