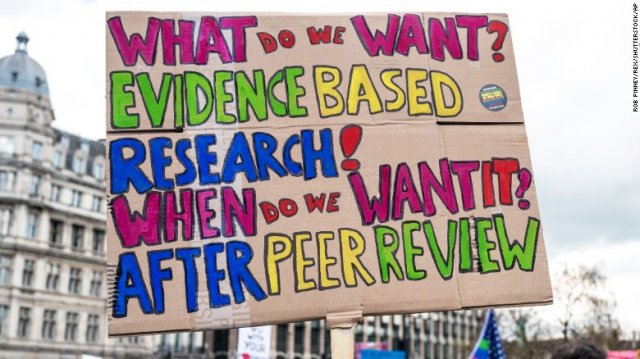 Crowds turned out in cities around the world Saturday for the second annual March for Science.

Saturday's crowds were notably smaller than those that showed up for the first march in April 2017, but attendees expressed as much optimism and hope as they did last year.
According to the non-partisan March for Science organization, the main event was set to take place in Washington, while more than 230 satellite events were scheduled around the world in different forms, be they marches, rallies or science exhibitions.
"I also feel passionately about science education. Education should not be limited to scientists. This way everyone can engage better in policy decisions." –Mary Ellen Cosenza
Read more on CNN.com